Buy A Pizza while Surfing?? (or how to muddle your value proposition)

In a bid for the worst version of “solving  a problem that doesn’t exist”, Visa tried to sell us on the idea that being able to make a mobile payment in the middle of a giant wave, while surfing, is a value add (this was on Sunday during the Cowboy game several times. Cowboys beat the Rams. Go Cowboys!). The closing shot shows the surfer receiving the pizza, then eating a slice, on the boat (as if to say, “See?? He really did get the pizza!! Look at it!! It’s pizza!!! On a BOAT!!!”).

There are so many disconnects, it’s hard to grasp all of them at once. When I think boating, I think….anything but pizza. When I think surfing….I don’t. I never think about surfing. If one of those crazy “This guy almost drowned!” videos is on my Facebook feed, I watch it, because what those folks do is truly amazing, but in all of those thoughts, pizza does not reside.

Want a Value Proposition Review for your Product/Service?

Now, what’s the value proposition in this commercial? It’s mobile payments. You can pay for your pizza on your phone. That’s cool, right? Problem is, it gets totally buried in the process of my mind trying to grasp why you would ever order pizza on a boat, why you would eat pizza on a boat, and even how good a surfer that guy was (and how in the world do they stay upright inside a freakin wave??).

See? I’m not thinking about the last time I ordered a pizza, how much I’d like to order one and pay for it on my mobile, or anything remotely close to that. I’m thinking water, vacation, that dude with the flat stomach rocks, I’m outta shape, I need to eat less…..less pizza. The value prop is all wrong. 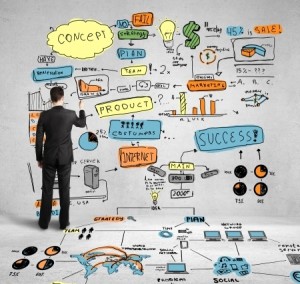 When you sit back and think about it, it’s not too hard to find the logic that got Visa and/or Pizza Hut to that idea (which should really scare you: if big brands can make this kind of mistake, then you should definitely not take your messaging lightly). Here’s the connection: “We sell mobile payments. We need something mobile. Also, mobile payments can be hard sometimes (Insider Tip: if there’s a difficult problem that your product/service makes easier or eliminates altogether, ask “what makes it difficult? let’s talk about that and how we make it easy”), so let’s show a really difficult situation where it would be hard to order, then show how easy it is! What’s more difficult than surfing and ordering a pizza??”

There are two serious problems that arise immediately (in my mind), and both of them have to do with one of the most common mistakes I see in advertising: leaving it to your customers to close logical steps in your value proposition.

First, the prospect is left to make the leap that mobile payments are hard. They have to be difficult for this commercial to matter. But how do I know that? Maybe I’ve never tried a mobile payment. Maybe it never occurred to me that I could pay for my delicious pizza on my phone. I’ll get that from him holding the phone and paying, but why leave that to me (and why am I going to assume that this is difficult, since I WON’T be ordering from the center of an ocean wave in the Pacific)?

If I miss even a couple of seconds of the commercial (which I actually did in real time; I found the concept of a guy getting not one, not two, but NINE pizzas delivered to a boat in the middle of the ocean so preposterous that I had to go back and watch it again), the whole value proposition is shot.

Second, the prospect has to make the leap of understanding the overall concept of what’s being said. This is a truly dangerous gap to leave in your messaging, especially in the multi-screen age. I’m on my laptop surfing stats, with my mobile phone in view, so I’m out at the first disconnect. This commercial is a takeoff of the old – but very effective – line “if it works for me/this guy/that girl (in a much more difficult situation than yours), then it can work for you”.

For instance, If I’m selling razors: “My beard is made out of barbed wire and the bones of my enemies, so it’s hard to shave. If THIS razor can shave my beard, just imagine what it can do for you”. Problem is, in this commercial, this concept is never made clear. There’s no connection between me and the user in the commercial. It does start strong with a nice line; “Visa checkout is the easy way to pay…etc…”, but again, that’s the first few seconds of the ad. It’s repeated later, but buried by the fact that they want to give away a million pizzas (secondary value proposition, weakening the first, which was never that strong in the first place). THEN, they say the surfers name, which isn’t easy to pronounce (no subtitle, who would want that?) and ask if he can really pay for a pizza inside one of the toughest waves in the world (another idea to accept; is it the biggest? I’m gonna Google that and find out!). 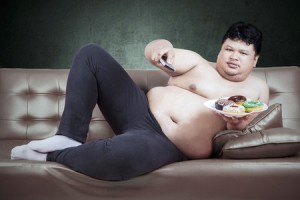 After that, nine pizzas on a boat. It’s exhausting. Why not just have a doughy guy on a couch look me in the eye and say “I like to pay for my pizza on my phone, but it was too hard before. Now it’s not with Visa Checkout.”  Boop. Ding Dong. Pizza’s here! That probably made more of a mental connection as you visualized it than the commercial did.

Huge, multi-billion dollar brands can afford to dump a truckload of money down the tubes for little more than brand recognition, blowing it all on an obscured value proposition, but you can’t. Take some time, think from your customer’s point of view about the problem you solve, then talk about that. Edit, simplify your message, launch.

Then, sit back and count the cash from your successful marketing copy.