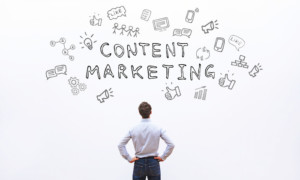 OK, ok, you can use it in your Content Marketing, but only if you don’t care if your value propositions convert.

Think about that for a second: italics don’t convert, so don’t use them. Want proof? Goody! Cause I have some…

Want to see how YOUR site scores for SEO? It’s easy! Just enter your info below, and your SEO score will be zipping along in no time!

BONUS: you get the warm, comfy feeling of knowing that giant brands make the same mistakes in their content marketing that you do. Sublesson: never quit; keep going, make mistakes and measure what worked and what didn’t. Subsublesson: don’t get cute at the expense of your core message (read my blog post “When Clever Defeats Clarity”). Also, don’t use “Subsublesson”; it’s stupid.

So who’s the giant brand? Dos Equis. Overview: they’re trying to get you to go to a page about Masquerade, and then to enter a contest. Value the offer however you want, what I’m addressing today is the viability of using italic font to get people to do what you want them to do (hint: it doesn’t work). This is the point of indicating Branding and Value Proposition in the opening.

Take a close look at the photos I’ve attached. These are obviously from my TV, and (not to brag) it’s large; 60″ 1080p, and widely regarded as one of the clearest pictures in TV at the time of its release (update: obviously this was written before 4K). This matters only because of the point I’m trying to make about font. You can’t blame the TV in this case. It also points to the fact that many people have smaller TVs, which means that the font is even smaller, and the problem is even worse.

So why not use italic font? It’s harder to read. Folks like Brian Massey, The Conversion Scientist will tell you that difficult to read font means that readers will interpret you and your brand as difficult to deal with, even subconsciously.

Now, as you look at these images, keep in mind that this font was displayed for less than 2 seconds. Oddly enough, that’s not too far from the amount of time most internet marketing experts in Austin believe that you have to move people along on your website before they bounce out to another option. I’m not saying it’s connected, because it’s not; just that it’s curious.

Since it’s 2 seconds, try to count that and actually take in what you’re looking at. Remember too, the viewer does not have the benefit of knowing that they need to focus on this. The image was simply dumped on them, shown for about 1.8 seconds, and gone.

All that said, try this: Look away, look at the image, count 1…2 and look away. Two questions: 1. Could you actually read it? 2. Could you process what they wanted you to do?

This is the experience of the viewer, which is a great habit to get into; viewing from your visitors’ viewpoint. Turns out, not surprisingly, the page they want you to go to is a poorly executed contest signup page, but that’s not the point.

This is the point: you’re never going to go there anyway, because you couldn’t read the words. It’s safe to assume that Dos Equis, like most people, used italics for the presumable visual appeal, but don’t be deceived; there is no payoff. You lose more than you gain.

Use clear, clean font in your Branding and Value Proposition copy, and you’ll win every time. Learn and understand your audience, and figure out what fonts they respond to best. 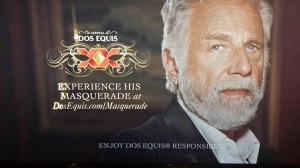 Like I’ve said before, the main problem with italics is that they are harder to read than standard text. A local example was a small business owner in Austin, an Austin Realtor, actually, who had a massive branding fail by using italics.

Branding in your Signage: Conversion Opportunity Lost to Italics

In this case, I was driving down 360 in Austin, a high traffic highway on the west side of Austin. A gorgeous, white Land Rover slowly moved past me with a large sign across the back windshield. While it was close to me, I easily recognized the name on the back as a well-known Austin Realtor.

What struck me, and what’s germane to this conversation, is this: as the vehicle moved away from me, I was no longer able to read either the name or the byline because it was in italics. That’s significant, because of how much word of mouth and “top of mind” have to do with success for Realtors. This particular Realtor was using the same font on their social media marketing, too. I can only imagine the poor results.

You may have read the last bit and thought “Hey Kyle, what’s the problem with not being able to read a window sign from a long way away??”. Well, that’s just it…it wasn’t far. Just past the hood of my car, I could no longer read the name of the Realtor, nor the byline of her “ad” (in this case her vehicle sign).

Those signs aren’t cheap, but more important than the money laid out for the sign is the marketing capital you’re losing. You simply MUST ensure that your value proposition is readable. You can take a quick look at the image to the right and easily see that each of these words, while beautiful, are more difficult to read than the actual text you’re reading right now. If you’re customer can’t read your value proposition, how do you expect them to purchase from you?

Italics are fine within body text to emphasize a word or phrase, but in your branding, byline or any of your value propositions, avoid them as much as possible.

Avoid small text, longhand text, italicized text, highly stylized text or anything else that causes the text of your value proposition to not be easily readable.