Paul O’Brien calls himself a “Growth Hacker” (we’ll get into how he defines that in just a bit), and has worn just about every hat 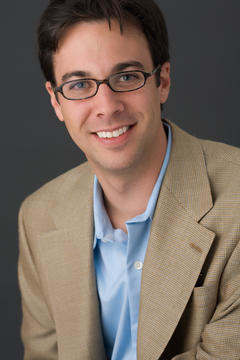 there is to wear in the Startup ecosystem.

Since he’s been involved in both the Silicon Valley and Austin Startup Scenes, I wanted to get a snapshot of his perspective on them both.

Here’s a quick list of companies Paul’s been involved in:

Most of this piece is simply Paul being Paul, I can take no credit. I had the pleasure of meeting him at one of the many great networking groups in Austin several years ago, and I’ve been impressed more and more by his knowledge and generosity with his time.

Let’s start the official part of this with a great quote from Paul’s LinkedIn page:

“The marketer of today wears every hat. I help businesses scale, monetize, innovate, partner, and capitalize; and have been for 15 years across B2C and B2B industries including eCommerce, Local, SaaS, social intelligence, blogs and communities, search, crowdsourcing, and payment services.

There is a way to characterize such a person: I bring products to market. I commercialize businesses, products, web services, and entrepreneurs. I’m a Growth Hacker (or Growth Architect).”

I asked Paul a series of questions:

FB: Tell us a brief history of Paul

PO: “I grew up in Michigan so I have those midwest roots that drew me to the incredible culture and community of Austin. Before getting here though, fleeing the cold, I chose Arizona State University after high school. In 1994, computer science classes were still pretty limited to typing and creating presentations, so the geek in me recovered from the social scene of ASU by teaching myself to build websites.

“When html was en vogue, I published my first website, an analysis of the lyrics to American Pie and an exploration of the conspiracy theory of the death of Paul McCartney in the 60’s. Shortly after publishing the site, one of the Beatles’ producers sent me an email noting that he enjoyed my ideas and I was hooked.

“I was astonished. Here was the power to connect the world’s information and bring people together.”

“With my social and business education, combined with my self-taught ability to build websites, Yahoo! recruited me. I threw caution to the wind, moved to Silicon Valley, and after nearly 6 years working with the advertising and search technologies on Yahoo!, I flipped to the dark side and ran online marketing for HP’s eCommerce business.

At HP, I had the budget to push forward some cutting edge ideas about how search marketing, analytics, and business intelligence could be used to more accurately measure the effectiveness of traditional advertising.

“Through search data, we could tell which of the celebrities in HP’s TV commercials had a greater impact. That led to the launch of my personal brand, and website, SEO’Brien

My career at HP was short lived, because it was then that I discovered my inner entrepreneur.

“In my first foray, I helped launch what remains one of the most innovative local search engines: Zvents (sold to Stubhub in December 2011).

“Next, I helped get Outright.com off the ground and my history with search finally started to broaden through our success. Our growth strategy for Outright was an online community which I developed and a unique PR campaign that captured the attention of the country at a time when unemployment rates were forcing many to work for themselves.

“I discovered that my passion lay in seeing the greater success of the community at large. Some are motivated by money, others by title or career, and there’s nothing wrong with that. I began to awaken to the fact that I was most fulfilled when others, many others, we’re themselves successful.

“I wanted to grow the pie, not just a piece of a pie, so I stopped working full time for startups and became what most are now calling a “Growth Hacker” for a few at a time; working with the venture capitalists in Silicon Valley to help accelerate the value of their investments.

“The move to Austin was for my family and a desire for a better life; but Austin wasn’t our first choice. I’d only been here for SXSW, so all I knew of Austin was the conference center and 6th street.

“When the recommendations of Silicon Valley put Austin 5th on the list of places to consider moving, for no reason other than that it “had all the potential for the future of innovation”, I didn’t give it much more thought.

“My wife and I laugh now that we put more serious consideration to Dallas, because of my Yahoo! network and the tremendous advertising industry there.

“In the fall of 2010, we spent a weekend in Austin, took what was essentially a whirlwind tour of the city, and that was that. We knew there was no other home for us and moved here shortly afterward.

“Since the move, I co-founded a skunkworks in Cospace to experiment with how search technology could better index where everyone works than the directory-like structures that you find pervasive in the sites promoting office space and coworking today.

“I’ve been working with various ventures throughout Austin (the most notable perhaps is Dachis Group), as startups scale, pivot, and work through fundraising challenges; I suppose I’m a venture catalyst.”

FB: What do you do today?

PO: “Ever evolving. I remain a Growth Hacker, more of an advisor today, but I keep moving myself toward that passion of seeing greater success for my community.

“In addition to marketing with and for entrepreneurs, I’ve been working to accelerate the growth of the various incubators in town, working as an advisor to a few startups that I love, and I’m finally building a couple ventures of my own, some technology to help foster the growth and success of entrepreneurs throughout Texas.

“I think Silicon Valley’s perspective – that Austin has all of the potential to be the future of innovation in this country – is spot on; “potential” means that we have our work cut out for us if we aspire to realize that potential and capture the tremendous volume of capital and talent looking to create value through Texas.”

FB: How do you view the startup scene today?

PO: “Which one? I think one of the greatest opportunities for entrepreneurs it to realize that there really isn’t such a thing as a “Startup Community”. The entirety of what we call “The Startup Community” is a lot to grasp, but “startup” is no more an industry than is “technology.” These are merely characteristics of a business within an industry.

“Why is that important?

“The same shift is happening with mobile at an even faster pace. Only a couple years ago, you needed developers to build a mobile app; already today, you can build quite a bit on mobile without developers.

“There are some incredible discussions about the idea that the CTO is being replaced by the CMO; perhaps not at a startup but in companies, the CMO is increasingly making all of the decision about investments in technology.

“As that shift continues to happen, technology has to be more than tech, it has to be innovation. It has to be creative. Austin is one of the few places in the world with the potential to realize that: Austin’s creativity will lead technology in into the future.

“More exciting than that, Austin is at the center of the greatest economic region in the country.”

Just as Silicon Valley is isn’t just San Fransisco, Austin is perched perfectly as the capital, readily accessible to the talent-rich markets of Dallas and Houston; innovation will move here.

Though Austin’s has been an incredible tech and startup community for decades, we’re still at the very beginning of what it’s about to mean to this country. If I wanted to encapsulate the Austin startup scene, I’d use words like passionate, innovative, provoking (in the positive sense), nascent, exciting, supportive, and rich in potential.

FB: What do you love about working with startups (or your term for it)?

PO: “Progress. I think it’s that simple. What draws me to certain entrepreneurs is that they never settle. Things are never good enough.

“We can always optimize, always improve, always get a little better. Entrepreneurs were once the lifeblood of the United States economy and we almost lost that with the development of the corporation.

“If anyone wonders why so many people are flocking to Austin, it’s because it embodies that entrepreneurial spirit that was once at the core of every innovation; it’s what people are clamoring to have once again.”

FB: What are a few things that startups should know that you see them often miss?

“An advisor that’s only ever succeeded can only tell you what they did; they can’t help you avoid mistakes. Early customers are not a sign of traction, it’s a sign that you’ve found one potential market.

“Failure is evidence of where not to invest your time and resources, and as a result, a truer appreciation in the value of your business.

“You will fail as an entrepreneur if you don’t invest in experienced innovators and marketers (not customer acquisition mind you! Marketing); don’t fall into the common trap of thinking of innovation and marketing as cost centers – they are investments toward your success and without them, if you think of them as costs that you can do without, you won’t raise capital. Period. If you only innovate, or are only marketing an existing product or service, and fail to prioritize the other side of the equation, why would anyone give you money?

“If talent and money really do flock to industry as I contend (and I’d encourage discussion to try and convince me that I’m wrong), then the only way to foster the economic growth of a startup community is to really collaborate: with partners, with talented executives you don’t think you can afford, and with competitors – to create and expose the industry in which you work.

“Dare to draw capital, talent, and media attention to the work you are doing.”

That’s a great closing quote, and one of the reasons I value Paul so much.

I hope you got as much out of reading this as I did out of putting it together! 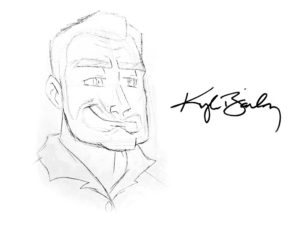 P.S. Here are a couple of other popular Startup Chronicle series blog posts I wrote: